The Complete Guide to Fibonacci Trading

Our goal in this article is Fibonacci!

Get ready for the Ultimate Guide to Fibonacci Trading! 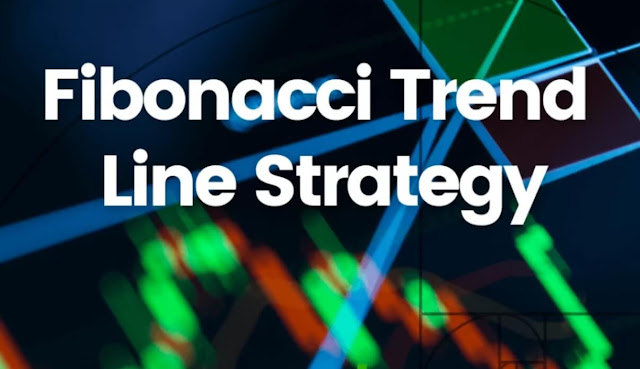 Why Fibs? I realized how often I actually refer to Fibonacci and Fib levels in my articles. Choosing this topic was very easy, to say the least.

I will provide you with a grand and excellent explanation of Fibonacci and Fib trading, so make sure to take notes and grab some extra coffee just in case!

Fibonacci was actually named Leonardo Pisano Bigollo. He was an Italian Mathematician and considered "the most talented western mathematician of the Middle Ages.” Fibonacci is well known for the Hindu-Arabic numeral system in Europe, which was published in 1202 in his book Liber Abaci (Book of Calculation). 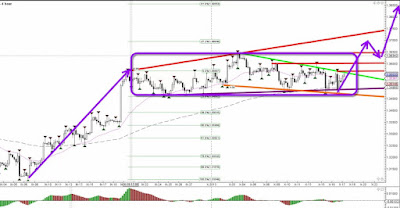 Now that we have introduced the name to all our fellow traders, let us move on to explain how to trade with Fibonacci? Having knowledge is one element, but actually implementing is a whole other matter. So we will also look at how to trade a Fibonacci Trading Strategy and how to trade using Fibonacci retracements. You can also read about forex trading money management strategies for better trading.

What are Fibonacci Sequence Levels?

Interestingly enough, Fibonacci sequence numbers tend to do pretty well as guidance on how far a thrust or impulsive move can last in a number of pips. This holds true for all currency pairs. Of course, the lower frames will adhere to lower Fib numbers, whereas higher time frames to higher Fib sequence levels.

What are the Fibonacci Retracement Levels?

These numbers are calculated by dividing the Fibonacci sequence numbers (mentioned above).

Here is an example:

They are a great method when measuring market psychology. Who wouldn’t want to get a 50% discount? Picture yourself in front of your favorite retail store and all of a sudden a person steps out and says: “Everything in here is 50% discounted!” Guess what that does? It creates a lot of interest. The same holds true in the Forex market: traders are going to use that opportunity! Just like shoppers.

Last but not least, the 618 Fib retracement is extra important in Forex trading because it is the Phi number. The phi is often called the golden ratio. Two quantities are in the golden ratio if: the ratio of the sum of the quantities to the larger quantity is equal to the ratio of the larger quantity to the smaller one. In math this means ((A+B)/A) = Phi. But this number is not only important in Forex trading: the Phi number can be seen arts and even nature!

What Are Fibonacci Target Levels?

However, there are other Fib targets which are worth having on the chart:

You can add these targets by clicking on your Fibonacci properties and then adding these levels to your Fibonacci retracement tool. Make sure to add the minus sign, though.

When Do You Use Fibonacci Retracement?

Fibonacci levels are valuable in identifying potential support and resistance levels. When using the tool for trading purposes, then the key is to know when to use the Fibonacci tools: the best environment is trending markets. Fibonacci levels work best in trend markets and do not provide any benefit in ranges.

Plain and simple, the Fibs have no value in zones where price is consolidating, correcting, ranging and moving sideways. Why? Traders tend to ignore these levels because currencies act and react to different tools and items such as tops and bottoms.

An example of a triangle.

If the currency, however, is indeed trending or if the Fib is used on higher time frames, then the tool is a great asset because it gives you a great indication where the market will turn back in the direction of the trend.

How Do I Use Fibonacci Retracement?

Traders can use the Fibs for their trading decisions and choose their entry, target (see below) and stop loss placement solely based on this tool. But traders are also able to utilize the Fibonacci numbers in a different way.

Fibonacci levels can also filter out trade ideas. No trader would want to go long or short in front of a big Fib level and their trade idea would be invalidated due to this situation.

Fibs are also be used as a trigger instead of an exact entry. A trader could have a certain Fib level in mind which they would like to trade. A direct entry order at the Fib level would be one way of tackling this setup. But traders can also view the Fib level as a trigger and enter a trade later on after other conditions have been met such as a candlestick pattern, break out or any other confirmation that price is respecting the Fib level. We also have training on Candlesticks Patterns and How to use them.

How to Place the Fibonacci Retracement Correctly

It is crucial to place the Fib retracement tool on the correct top and bottom. I myself am a trader that places the tool from left to right – although there are traders who do the opposite it and place it from right to left. For me placing the tool from past to current price (left to right) is better than from current price to the past, and we will use that in future examples.

In any case, Forex traders want to place the Fib in the correct place, which is from the bottom to top in an uptrend and from top to bottom in a downtrend. This move from top to bottom can also be called “swing high swing low”. Placing the Fib correctly is a vital step - otherwise, you could be fibbing the wrong leg of a move and get stopped out for a loss.

A few key items to be aware of:

b)  Use Fractals -  Fractals will help you with identifying tops and bottoms;

c)  Use Elliott Wave -  make sure you are fibbing a wave 1, a wave 3, a wave extension (sub waves of a wave), a wave A or an entire 5 wave sequence, otherwise the Fib might fail (when using it as a tool for entries);

d)  Use the Awesome Oscillator - check when the zero line has been crossed and wait for a retrace back to that zero line. You now have confirmation that the move is 1 leg or swing high swing low.

How Do You Know It’s Time to Place Fib?

It is important to realize that a new Fib is preferably not placed on a new swing high swing low unless the target has been hit (see Fibonacci targets for more details on the levels). The reason why is simple: only when the targets have been hit is the currency pair, in fact, confirming a trending mode. If the currency bounces in between the top and bottom then, in fact, the currency is in a range and Forex traders only want to place a new Fib once the trend is back in force. The most important target to hit is the -0.618 or the -0.272 in a case of the 78.6% and 88.6% Fibonacci retracement levels.

Using Fibs in Confluence with Other Tools

Finding confluence is key. With confluence, I mean finding multiple reasons for taking a trade.

When a Fib target and a Fib retracement are lined up at the same price, then the likelihood of price reacting to it has substantially increased.

Waiting for a confirmation of price reaction to a Fib level is a great method of reducing risking and making sure that the Fib placement you used is correct.

This another great way of combining various technical analysis tools in the Forex market.

Last but not least, needless to say, that using moving averages and/or trend lines with Fibs of course just as good as well.

To understand how Fibonacci plays an integral part in chart patterns, I advise you to read through last week’s article which discusses patterns and Fibs in depth.

The Fibonacci retracement tool has more importance and significance when used on a higher time frame. However, the levels tend to work well on all time frames in fact.

Traders can use the tool on multiple time frames at the same time. In one instance the Fib might act as a potential turning spot for a trend continuation on a higher time frame, such as the daily chart. Whereas on a smaller time frame, a trader could use a Fib enter on a pullback. The first one is used as a potential trigger and the second Fib as the actual entry.